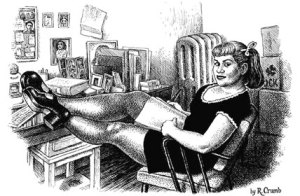 Ah! It’s 45 degrees outside! What happened to spring?!

This happened a couple of weeks ago, on the way home there was a train delay CUZ THERE WAS A FUGGIN’ CAR ON THE EL TRAIN TRACKS. This will be a little hard to explain, but where I live the train I take to work runs parallel to the express way. In most places there are fences and barriers and several yards between the El tracks and the cars. However, at this particular station there’s and chain link fence and some grass. Somehow, a driver lost control of his car, went through a section of the fence and ended up on the tracks. There was like an hour delay mostly due to bureaucracy. This particular stop is where city and suburban public transportation meet so there was a lot of back and forth over who had responsibilty/jurisidiction to remove the auto, send shuttle buses, etc. But, yeah…car on the El train tracks!

WTF? This Is Not In My Job Description

That same week I spent a considerable amount of time doing manual labor at my day job. Normally my work day is 80% sitting behind a desk, so it was a kinda a nice change of pace to install shelves, move refrigerators, and lift tables. I felt quite manly.

WTF? My Cassette Player Is Starting To Die and I Will Soon Be SOL Cuz Nobody Cares About Cassettes Anymore

I’ve been listening to old Soundgarden tapes…makes me feels like writing superhero comics. Maybe something with space giants…

So, like I guess Guns and Roses got inducted into the Rock N Roll Hall of Fame, but singer Alex Rose didn’t want to attend. Most of the other ex-members made it though and performed with a substitute singer. I guess Alex’s reasoning was that it would distract from his current version of the band which has no original members. Alex! No one cared about Chinese Democracy! Your friggin’ ego drove away all the talented guys in your group and you’ve descended in self parody. FRIGGIN’ GET OVER YOURSELF!

Last Saturday…not this past Saturday, but the Saturday before then…a liquor store that I’ve been going to for at least four years asked me for ID. I was shocked. I am a middle aged man. My temples are starting to go gray. The fuggers behind the counter see me every other week, they friggin’ know me! On the other hand, the block where this particular store is, there’s sometimes some pretty sketchy people hanging around and I wonder if the authorities are watching the goings on of this place a little closer. If that’s the case, I’m not mad, but like I said, I was shocked at the time. And, yeah…I didn’t have my ID with me so I had to go all out my to another store. Dammit.

Slightly related, when I was coming out of the 2nd liquor store I saw a woman I know from my building. Normally when I see her she’s all serious and formal with me. This time though she was all smiles and laughter. I saw her get into a car with another young lady and thought… aww, a special saturday night can cure anyone’s disposition.

Defenders #5: I’m still pleasantly surprised by Matt Fractions story. The art here is by Mitch Breitheiser, I don’t think it’s bad, but I’m not sure it’s suited for this type of comic.

Ok, so the superhero comic will be about a team and it’ll have space giants, and old rusty alien tech and maybe the aliens talk in math equations and I was thinking there should be a religious cult in there somewhere and maybe the team could have a pet mascot like a big dog or a big ugly fish or something…what? C’mon! I’m still figuring it out!

I don't want to drink my whiskey like you do. I don't need to spend my money but still do.
View all posts by ed2962