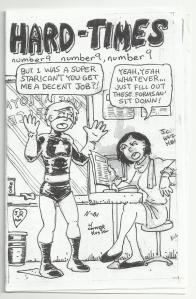 Where’d all this frickin’ snow come from all of the sudden? I, I… oh, yeah…it IS  winter in Chicago. Never mind.

Mean Girl On The Bus

So, sometimes I see this teen-aged (?) girl on the bus when I go to work in the morning. Sometimes I see her with a young man. Over the last maybe one year, I’d see her with a guy for a few months, then someone new for several months. Recently, I saw her with a different boy. She’s young so it’s not like I think it’s a big deal for her to date different people. The most recent time they sat close enough to me in the back that I could hear snippets of their conversation ( I wasn’t ear hustling, I swear!). It seemed like maybe they were breaking up. She was the loudest and saying stuff like, “You must not have did it right,” “I didn’t tell you ‘cuz you would’ve been accusing me again,” and “You don’t want it, I don’t want it either.” What got to me was not her words, but her tone. She was very mean and argumentative even when she talking about getting a state ID. Then I thought about how she was with her other boyfriends, she spoke to them the exact same way. I know it sounds terrible, but I thought geez, does she want to be with some guy who’ll react negatively and yell at her or knock her on her ass?  Then I thought, no wonder the other boys are gone, I’d leave too. Who wants to be with someone who argues with them all of the time? On the other hand, I’m living alone right now so fuck me for being judgmental. 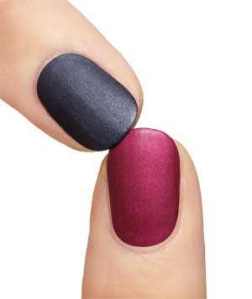 Anime In The Mail

Yeah, I got some anime in the mail.  The final volumes of Ghost in The Shell:2nd Gig. I really really enjoyed it. It was a pretty decent conclusion to a reasonably tight story about politics and revolution. Actually, it’s about a lot more than that. It’s about the web, cybernetic advancements, identity, individualism vs community, and the needs of minority/immigrant community vs the needs of the dominant culture’s stability…and it’s also about mullets.  I’m not sure if I’ll do a You Tube video review for it or not, but I liked it.  If I ever get a chance to write some sort of action/superhero/intrigue/sci-fi story, I would totally try to do something like this.

Got Ergo Proxy volume 4.  Very engaging. I’ll probably wait until next month before I get the rest of the volumes though.

I also got the first two volumes of  Gunslinger Girl.  It’s very different than what I expected. The premise is, there’s an organization in Italy called the Social Welfare Agency. It’s basically a front for a government institution that trains assassins. They use children for their recruits because the conditioning and cybernetic enhancements just seem to work better on kids than on adults.  I guess I initially thought that the show would be more either light-hearted or tongue in cheek, but for the most part, the concept is played pretty straight. The tone is pretty somber. It’s  kinda like Le Femme Nikta with school girls. I’ve only watched the first DVD so far. It’s not bad, just different than what I thought it would be.

McDonald’s Is Making Me Fat

So, I was at McDonald’s last night. I noticed that the woman who took my order had alternating colors of finger nail polish. Black then red then black. I dunno…I thought it was kinda cute.